Judge to rule this week on Nevada's mail-in primary 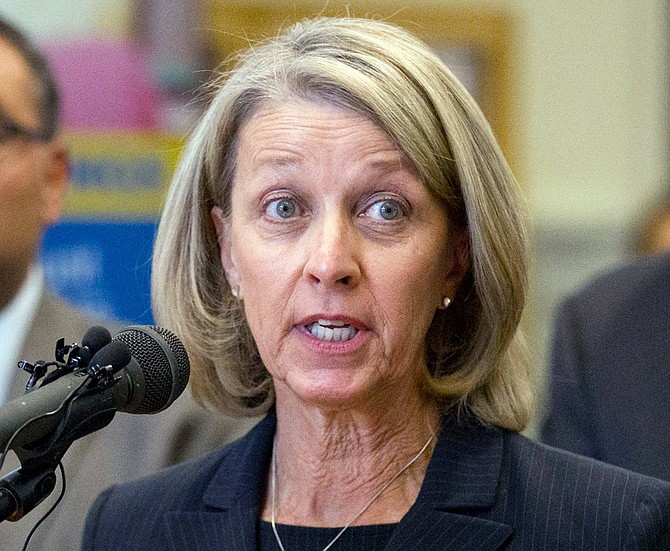 FILE - In this Oct. 18, 2016, file photo, Nevada&#039;s Secretary of State Barbara Cegavske speaks during a press conference in Las Vegas. Attorney General Aaron Ford, a Democrat and his office are defending Cegavske&#039;s plan to conduct Nevada&#039;s June 9, 2020, primary election predominantly by mail because of COVID-19. A federal judge in Reno has scheduled a hearing on a lawsuit that claims the plan would deny some Nevadans their constitutional voting rights.