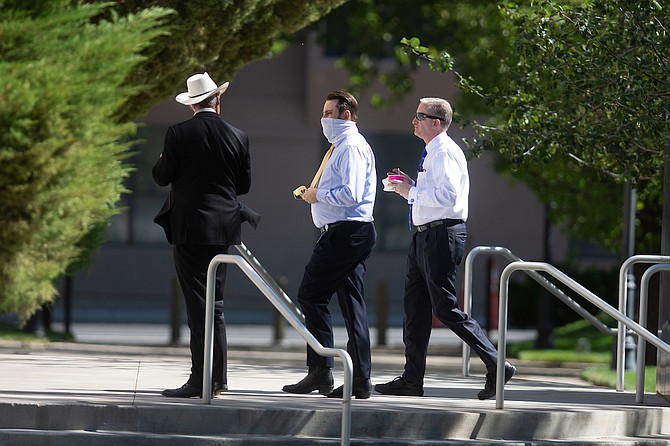 From left, State Senator James Settelmeyer, Nevada Senate GOP Executive Director Greg Bailor and Senator Keith Pickard return to the the Legislature during a recess on Monday, Aug. 3, 2020 on the third day of the 32nd Special Session in Carson City. (David Calvert/Nevada Independent)