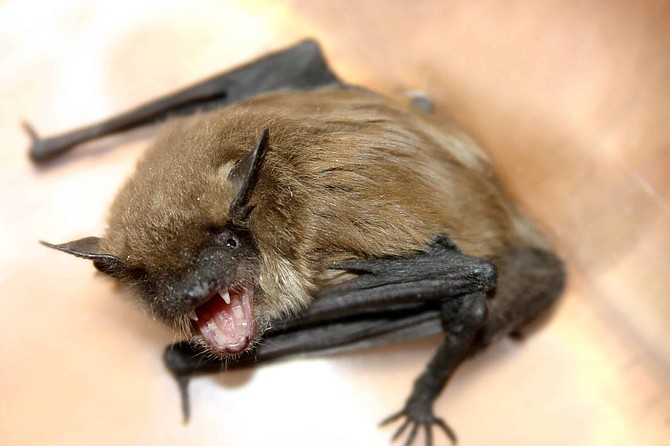 An angry bat looking for someone or something to bite. Nice close-up of fangs.