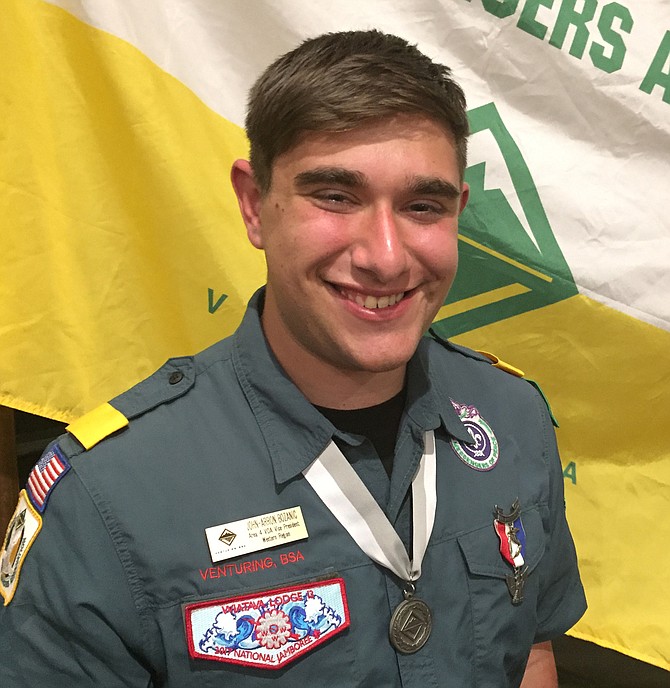 Eagle Scout John-Aaron Bozanic, a member of Crew 774 of the Orange City Council in Laguna Hills, Calif., attends a Venturing dinner as part of the Boy Scouts of America.