Marines in love: Young recruit served her nation as war effort began to wind down 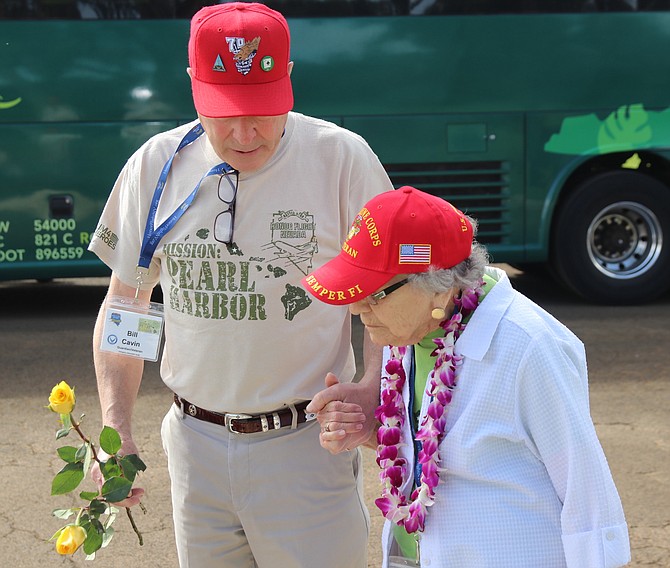 Bill Cavin assists his mother Peggy at one of the stops during an Honor Flight Nevada trip to Pearl Harbor and Kaneohe Bay.