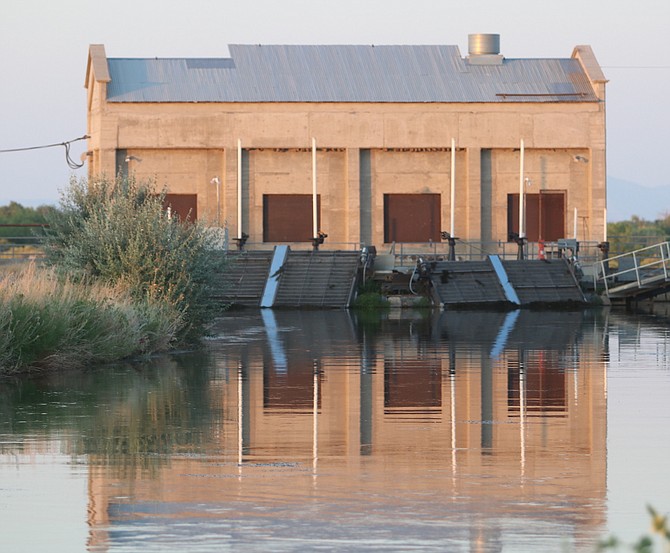 Dusk settles on the 26-Foot Drop, a hydro-electric energy generation facility on the V-Line Canal.