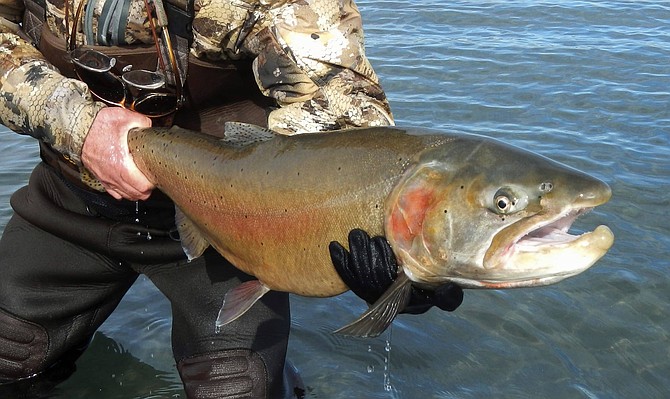 FILE - This 2019 file photo provided by the U.S. Fish and Wildlife Service shows a Lahontan cutthroat trout recently caught at Pyramid Lake, 30 miles northeast of Reno, Nev. A half century after the Lahontan cutthroat trout were added to the endangered species list, a self-sustaining population of the fish is thriving in Summit Lake in northern Nevada. For nearly a decade, members of the Summit Lake Paiute Tribe and scientists at the Global Water Center at the University of Nevada, Reno have studied Summit Lake to understand why Nevada&#039;s endangered state fish are thriving in the small, high-desert, terminal lake.