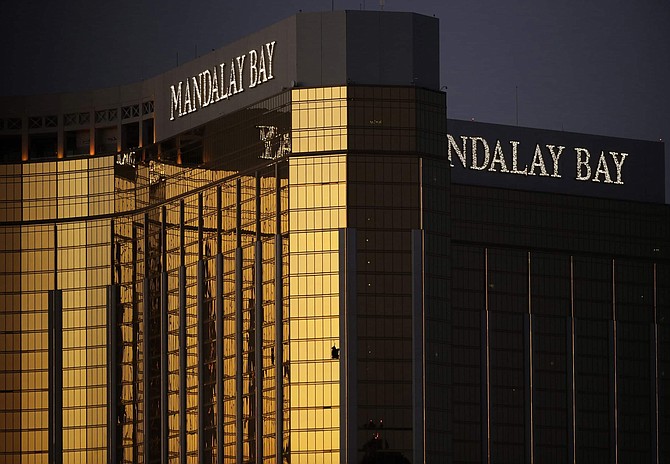 FILE - In this Oct. 3, 2017, file photo, windows are broken at the Mandalay Bay resort and casino in Las Vegas, the room from where Stephen Craig Paddock fired on a nearby music festival, killing 58 and injuring hundreds on Oct. 1, 2017. A coroner in Southern California has attributed the death of a woman to wounds she received in the Las Vegas mass shooting in October 2017. The decision by authorities in San Bernardino County would add Kimberly May Gervais to the list of 58 people killed in the deadliest mass shooting in modern American history.