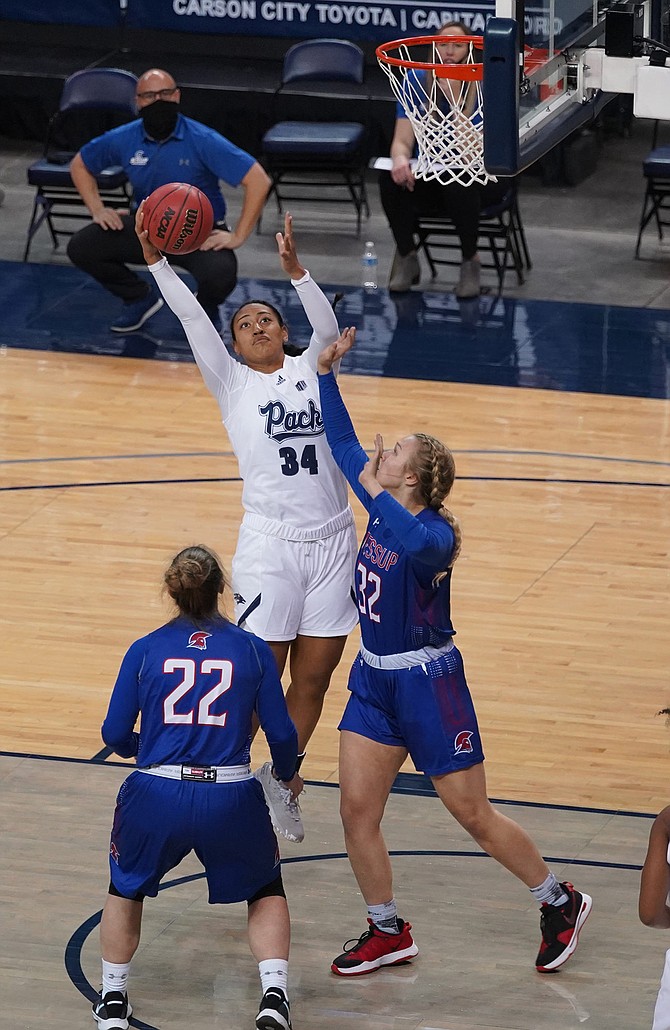 Leta Otuafi recorded a double-double in her Division I debut on Saturday.