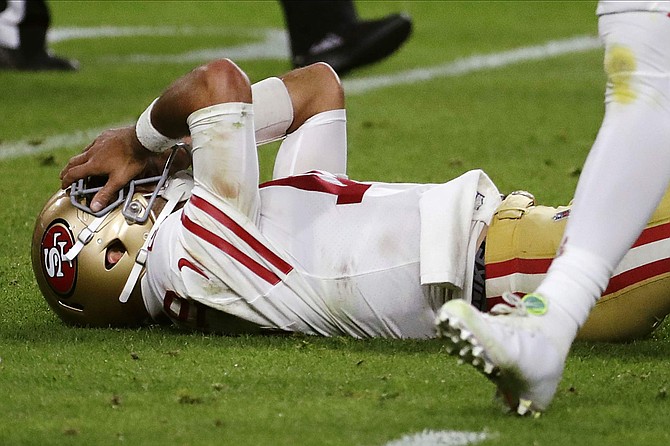 San Francisco 49ers quarterback Jimmy Garoppolo lays on the ground after being hit during the second half of Super Bowl 54.