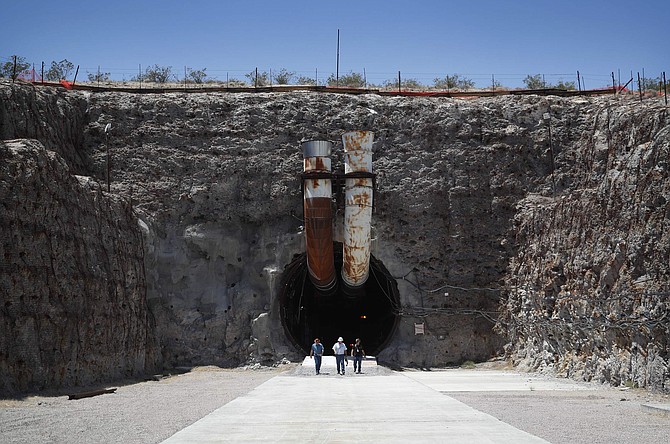 FILE - In this July 14, 2018, file photo, people leave the south portal of Yucca Mountain during a congressional tour near Mercury, Nev. President Donald Trump appears to have reversed position to now oppose creating a national nuclear waste dump at Nevada&#039;s Yucca Mountain. Trump tweeted Thursday, Feb. 6, 2020, that his administration will respect the state, which has argued that the site about 100 miles from Las Vegas isn&#039;t suitable. (AP Photo/John Locher, File)