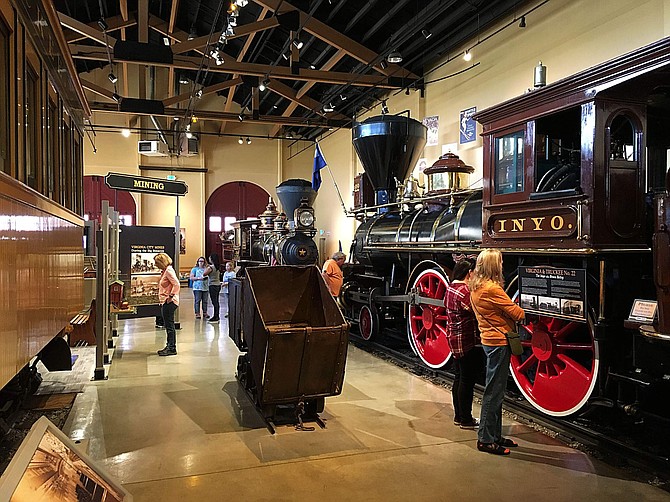 Visitors check out the Jacobsen Interpretive Center at the Nevada State Railroad Museum in Carson City. The museum has expanded its days of operation from five to six.