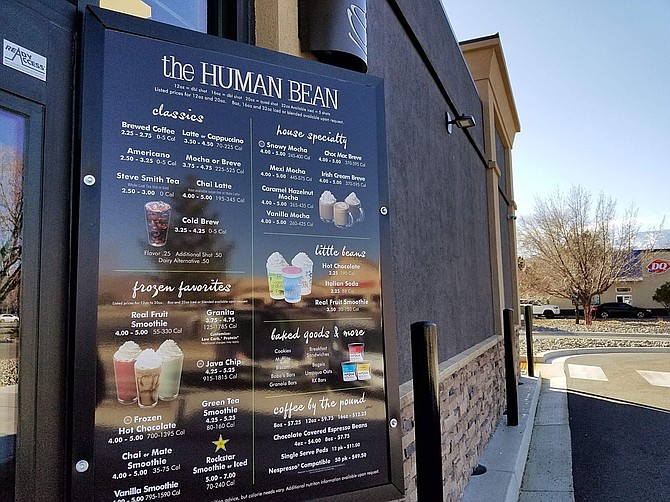 The Human Bean serves classic coffee and teas, house specialities and frozen drinks as well as baked goods including muffins and bagels.