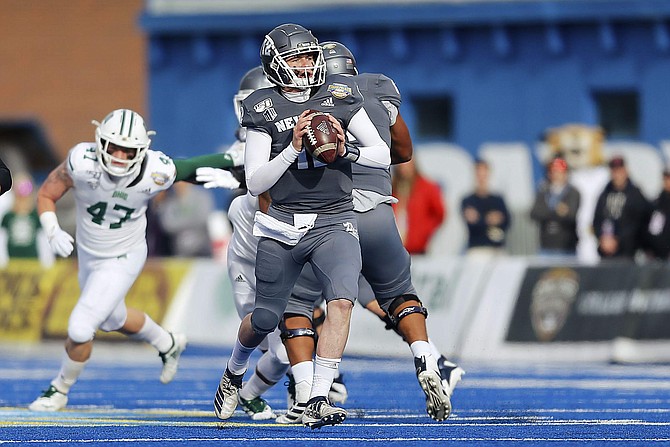 Nevada quarterback Carson Strong during the first half of the Famous Idaho Potato Bowl on Jan. 3.