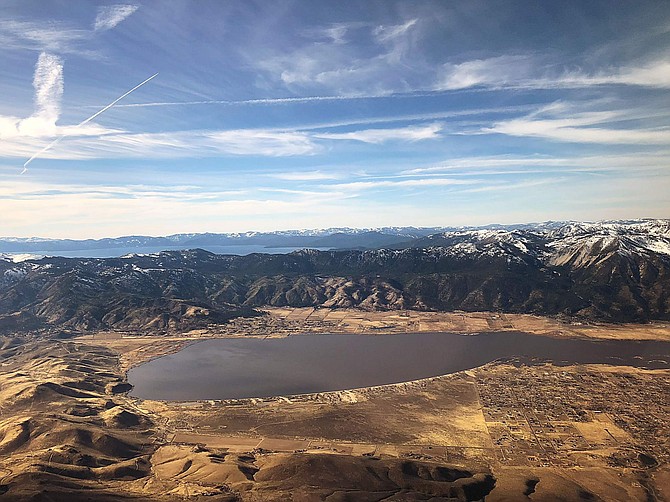 aerial view of Lake Tahoe and Washoe Lake outside of Reno, Nevada