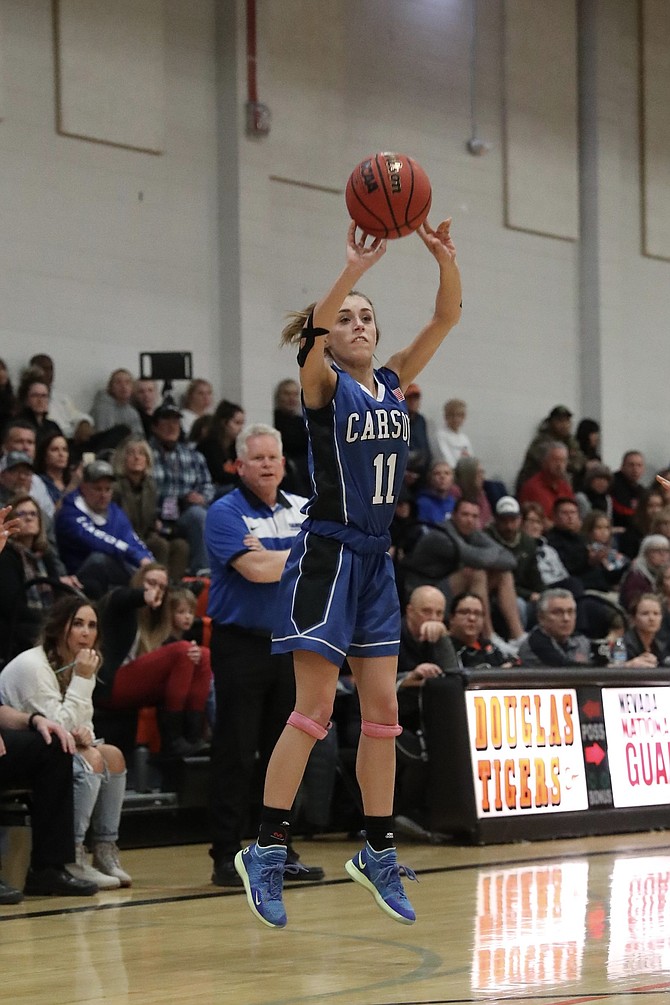 Abby Golik shoots a 3-pointer during the third quarter in which she hit two triples. Golik ended the night with 11 points as Carson bested Douglas 47-33.