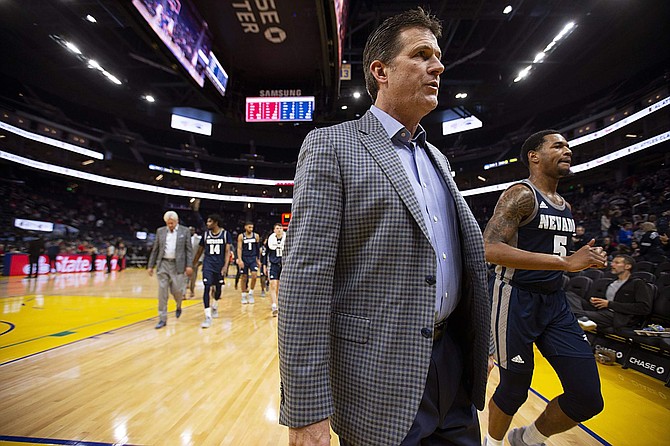 Nevada head coach Steve Alford walks off the court at halftime against Saint Mary&#039;s on Dec. 21 in San Francisco.