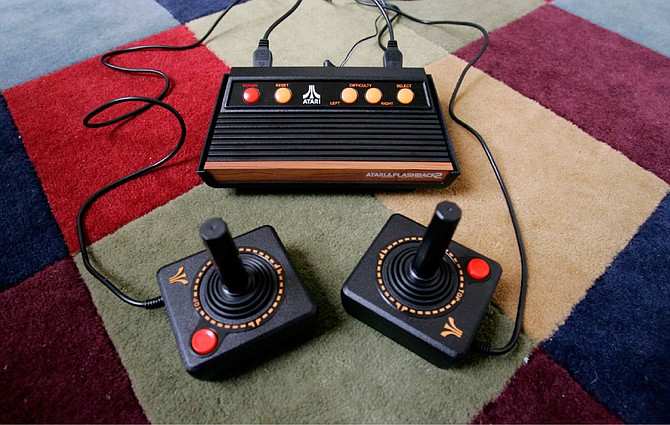 FILE - In this Spet. 15, 2005 file photo on display is the new Atari Flashback 2 video game console in San Francisco. Atari, the arcade game company that ushered in the gaming revolution in the 1980s, announced Monday, Jan, 27, 2020, that it is opening eight video game-themed hotels across the United States, including ones in Las Vegas and Phoenix. (AP Photo/Paul Sakuma,File)