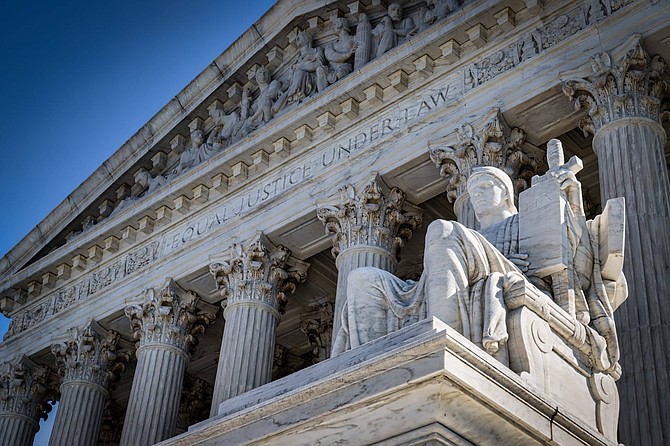 A summer day in front of the US Supreme Court Building in Washington, DC.