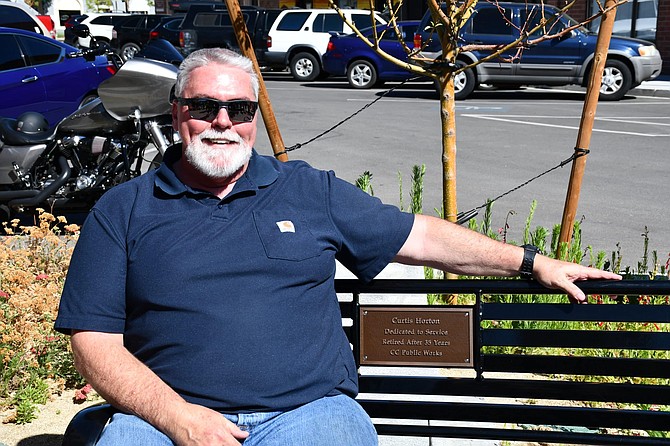 Carson City Public Works Deputy Director Curtis Horton was surprised with an ornamental plaque resting on a city bench located on Telegraph Square in recognition of his retirement.