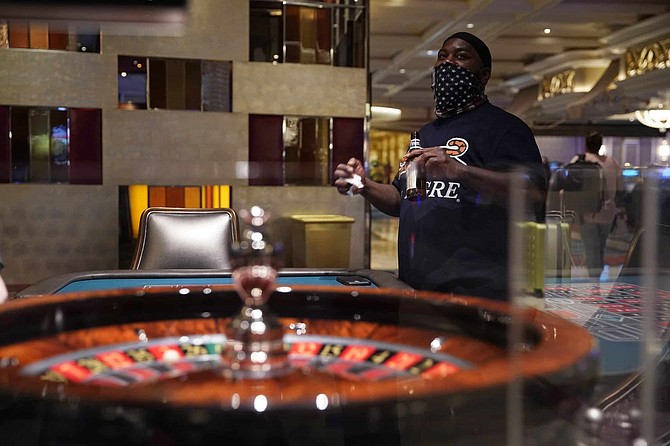 Dred Phillips plays roulette at the reopening of the Bellagio hotel and casino Thursday, June 4, 2020, in Las Vegas. Casinos in Nevada were allowed to reopen on Thursday for the first time after temporary closures as a precaution against the coronavirus.