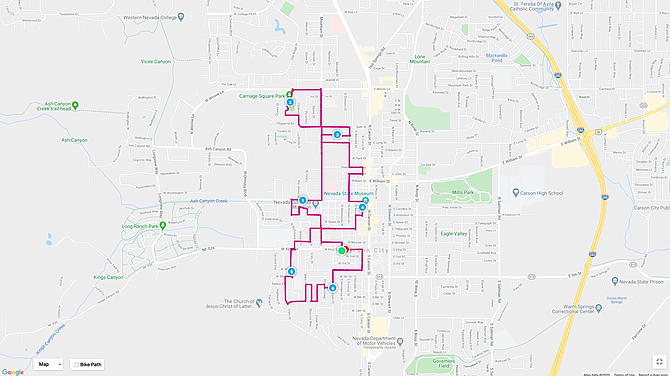 A map shows the route for the first flatbed concert series throughout Carson City on Saturday from 6 to 9 p.m.