Most of Nevada under red-flag warning due to fire danger 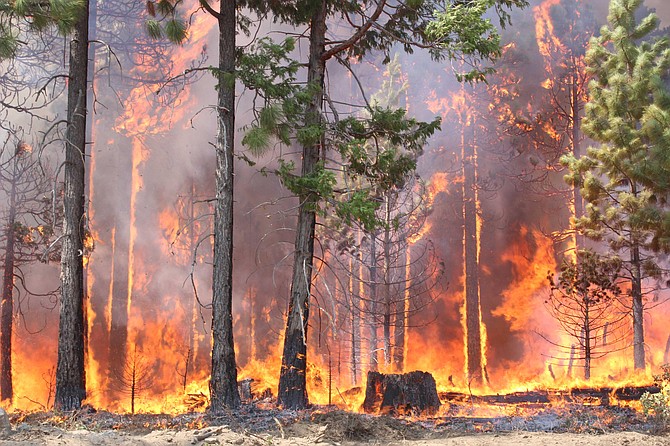 The Rim Fire in the Stanislaus National Forest near in California began on Aug. 17, 2013 and is under investigation. The fire has consumed approximately 235,841 acres and is 70% contained. U.S. Forest Service photo.