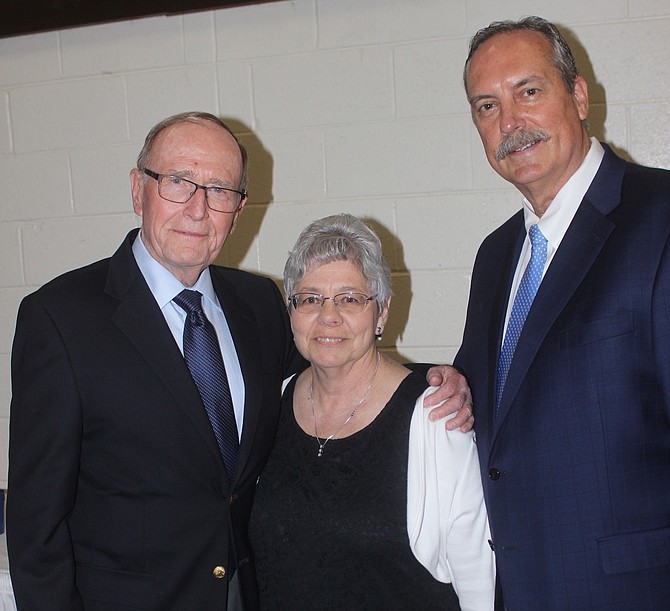 Nyla Howell, center, is stepping down after a decade as chairwoman of the Churchill County Democratic Central Committee. At the 2018 fundraising dinner, she is with former U.S. Sen. Richard Bryan, left, and Fallon Mayor Ken Tedford.