The Nevada Traveler: Revisiting the site of the Fight of the Century 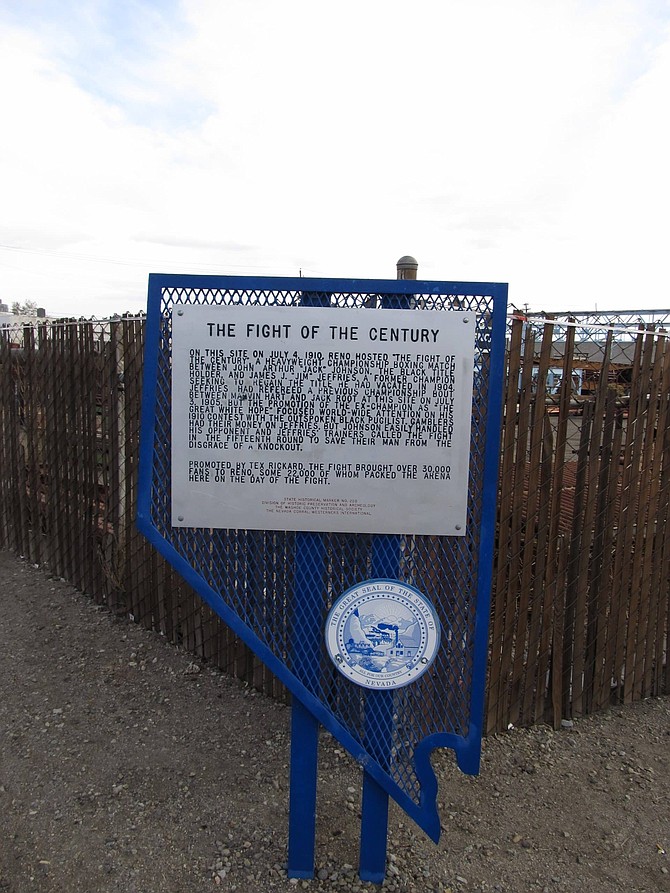 Photo of a sign marking the site of the fight for the heavyweight championship in Reno in 1910.