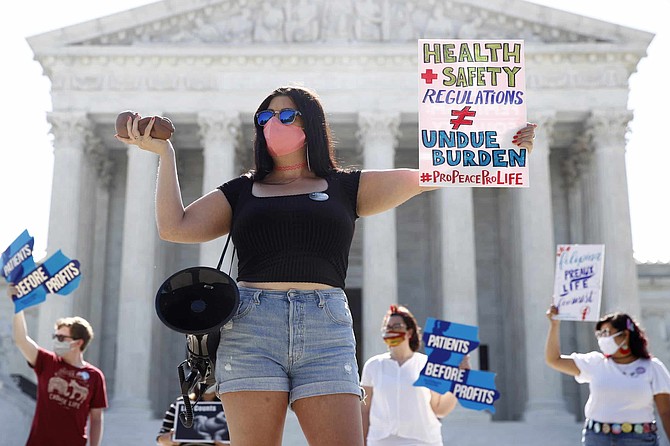 Terrisa Bukovinac, founder of Pro-Life San Francisco, holds a model of a fetus as she and other anti-abortion protesters wait outside the Supreme Court for a decision, Monday, June 29, 2020. The Supreme Court has struck down a Louisiana law regulating abortion clinics, reasserting a commitment to abortion rights over fierce opposition from dissenting conservative justices in the first big abortion case of the Trump era.