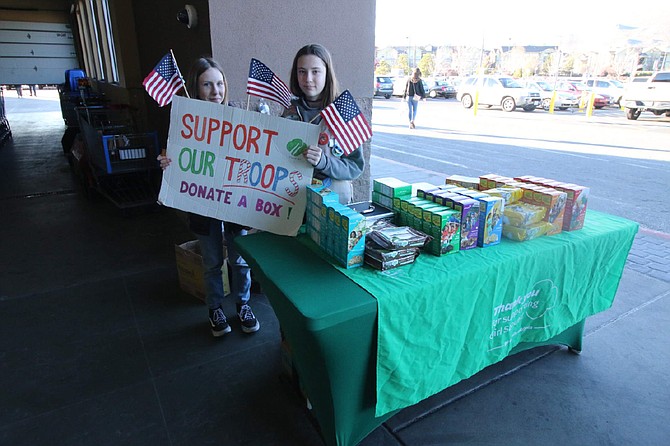 Pearl King, 11, and Ellie Loos, 12, both Carson Middle School students and members of Carson City&#039;s Girl Scout Troop 164, participate in their organization&#039;s annual fundraising efforts Wednesday by selling cookies at the Market Street Walmart. Both Girl Scouts have taken part in their troop&#039;s activities by going on trips or assisting at the local animal shelter.