Only essential staff and limited family at NCAA basketball tournaments 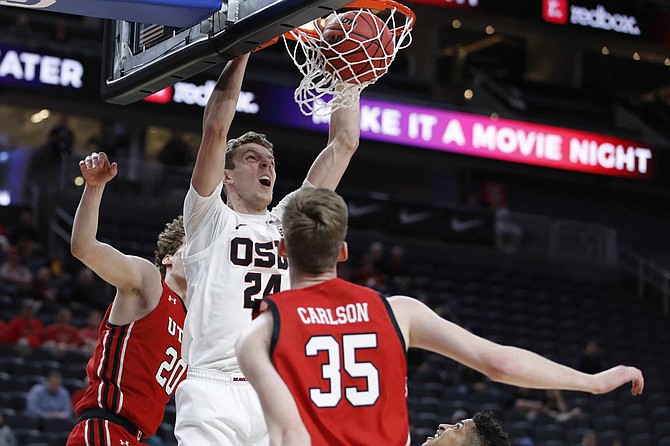 Oregon State&#039;s Kylor Kelley (24) dunks against Utah during the first half of an NCAA college basketball game in the first round of the Pac-12 men&#039;s tournament Wednesday, March 11, 2020, in Las Vegas.