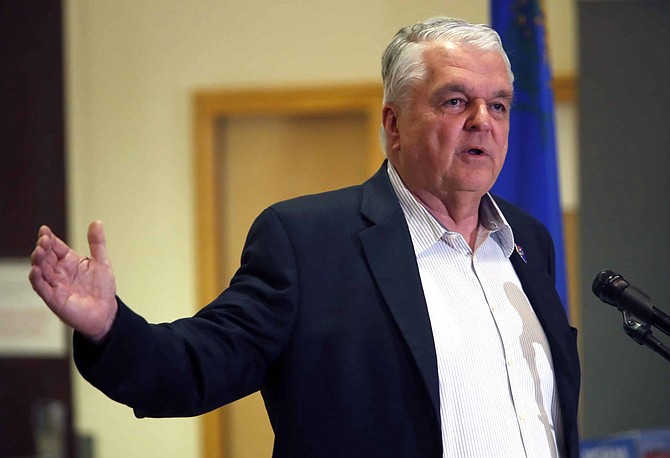 Nevada Gov. Steve Sisolak responds to a question during a news conference at the Sawyer State Building in Las Vegas, Tuesday, March 17, 2020. Sisolak ordered a monthlong closure of casinos and other non-essential businesses in order to stem the spread of the new coronavirus (COVID-19). (Steve Marcus/Las Vegas Sun via AP)