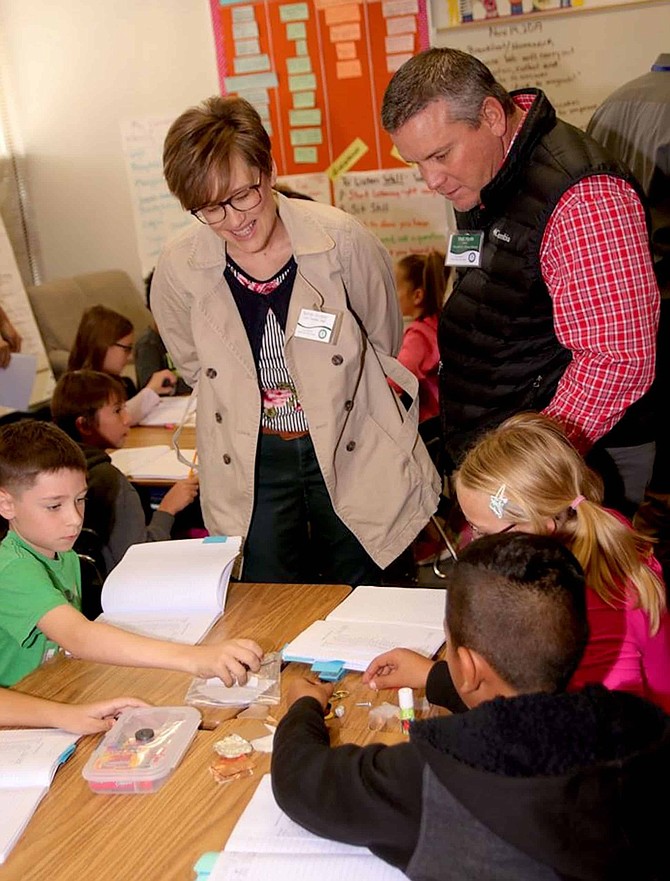 Trustees Kathryn Whitaker, left, and Matt Hyde visit a classroom during the fall semester. The school district has adopted a plan for awarding final grades for the second semester.