$4.5 million in federal funding will help pay for Nevada primary 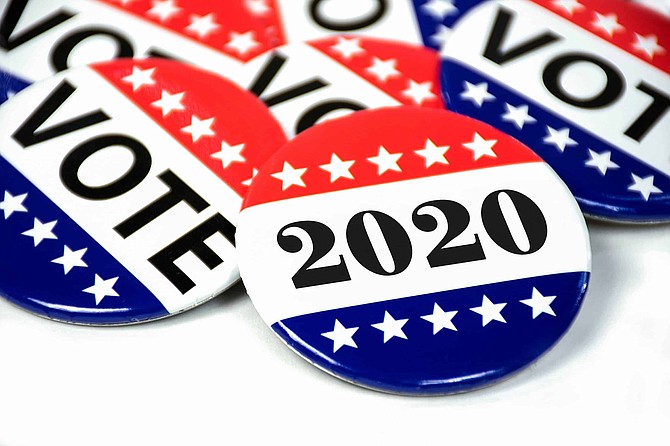 close up of political voting pins for 2020 election on white