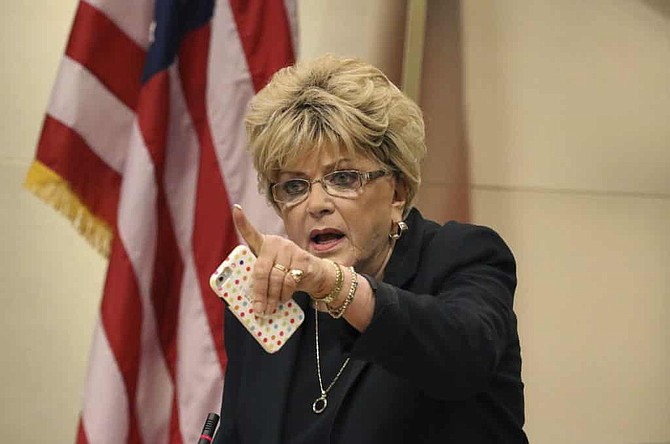 In this Nov. 6, 2019 file photo Las Vegas Mayor Carolyn Goodman points toward protesters during the council meeting where the city council was considering a ban on homeless camping in Las Vegas.