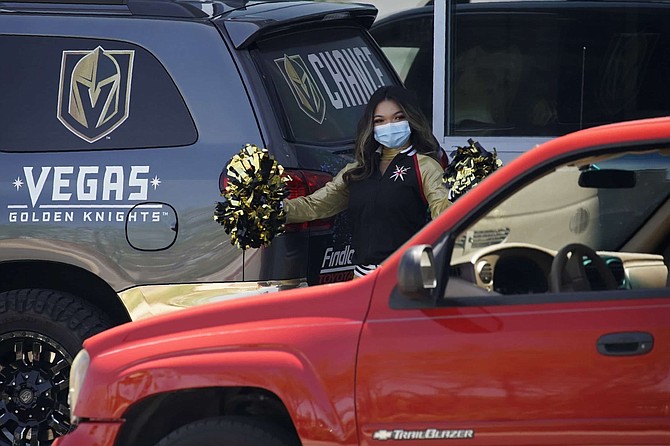 A cheerleader from the Vegas Golden Knights NHL hockey team cheer as a car drives up to pick up a purchase from their merchandise store at the team&#039;s practice facility Tuesday, May 5, 2020, in Las Vegas. The store had been closed due to the coronavirus but opened up for curbside service Tuesday.