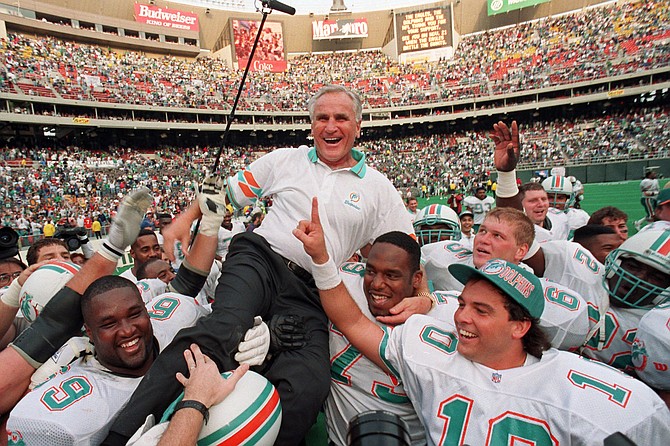 FILE - In this Nov. 14, 1993, file photo, Miami Dolphins coach Don Shula is carried on his team&#039;s shoulders after his 325th victory, against the Philadelphia Eagles in Philadelphia. Shula, who won the most games of any NFL coach and led the Miami Dolphins to the only perfect season in league history, died Monday, May 4, 2020, at his South Florida home, the team said. He was 90.