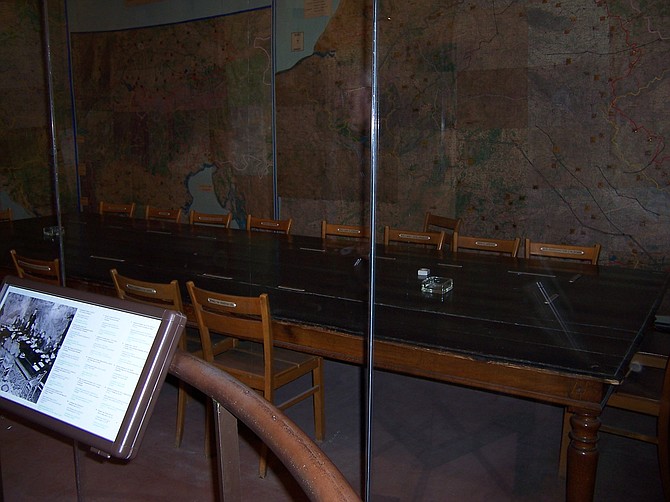 This is the room with the table and chairs where General Alfred Jodl signed the unconditional surrender document while sitting in the middle chair closest to you on May 8, 1945.