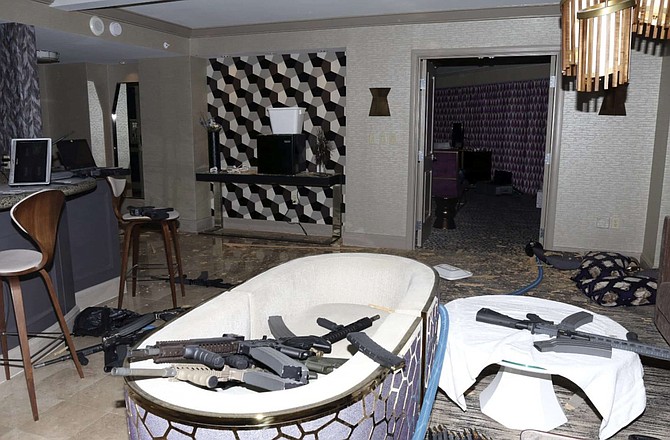 FILE - This October 2017 file photo released by the Las Vegas Metropolitan Police Department Force Investigation Team Report shows the interior of Stephen Paddock&#039;s 32nd floor room of the Mandalay Bay hotel in Las Vegas after a mass shooting. A federal judge wants Nevada&#039;s highest court to tell him whether gun manufacturers and sellers can be held liable under state law for negligence and wrongful death in the case of a Seattle woman killed in the Las Vegas Strip mass shooting in 2017.