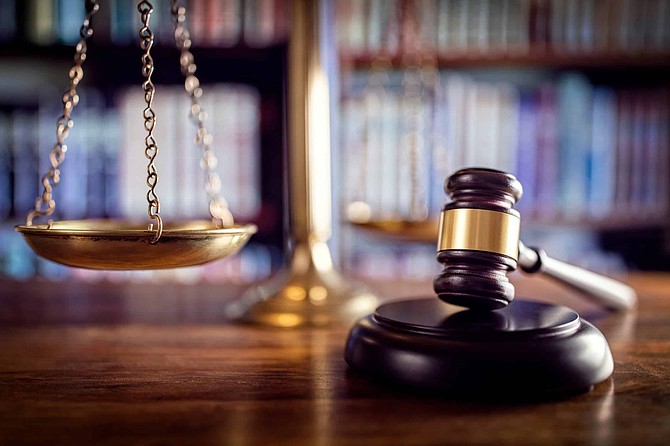 Judge gavel, scales of justice and law books in court