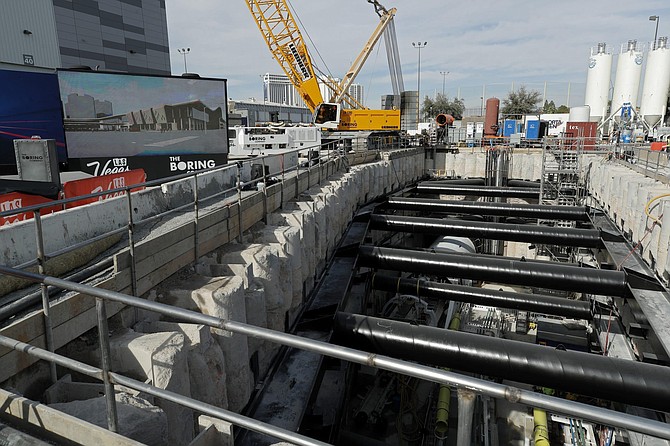 FILE - In this Nov. 15, 2019, file photo, a tunnel boring machine sits at the bottom of a construction site during a media tour at the Las Vegas Convention Center in Las Vegas. Workers have completed the second of two underground tunnels for a people mover connecting exhibit halls at the expanded Las Vegas Convention Center. A spokeswoman says a drilling machine reached the end of the nearly 1-mile (1.6-kilometer) tunnel a little before 1 a.m. Thursday, May 14, 2020.