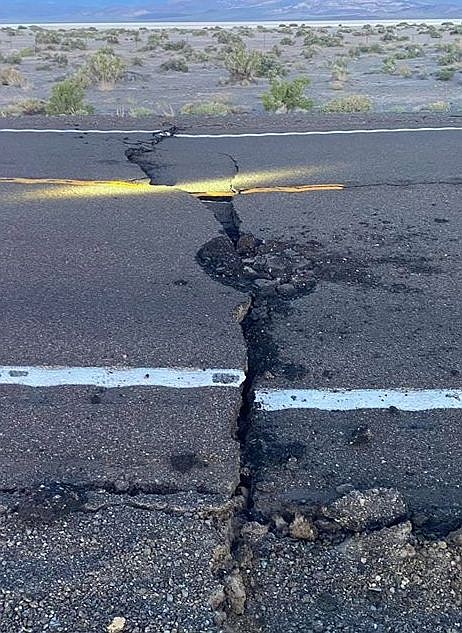 Cracks on U.S. 95 at mile marker 89 in Esmeralda County. Traffic may be re-routed. Expect delays.