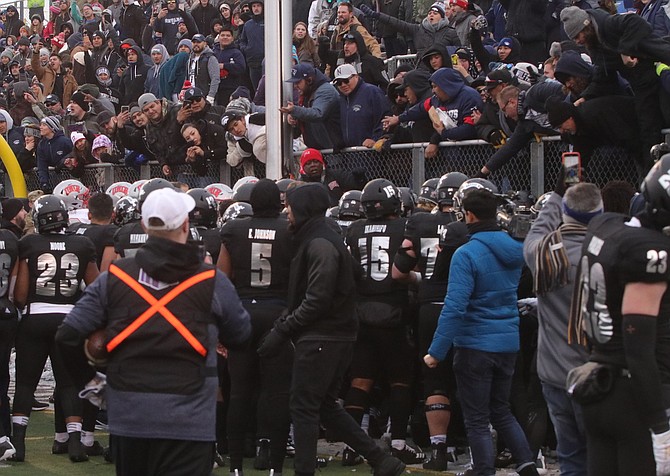 Fans in the south end zone at Mackay Stadium get involved in a fight between Nevada and UNLV players at the end of a game Nov. 30.