Using face masks and sanitizer, couples say 'I do' in Las Vegas 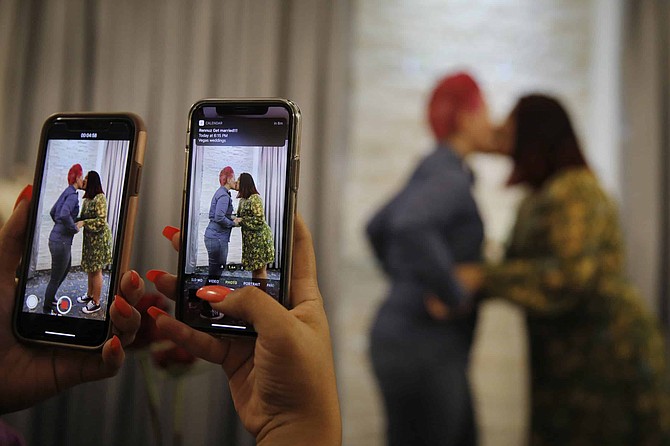 Cynthia Sanchez takes video and pictures as her sister Jennifer Escobar, right, and Luz Sigman kissing during their wedding ceremony at Vegas Weddings, Friday, May 8, 2020, in Las Vegas. The couple, from San Francisco, couldn&#039;t find a county clerk&#039;s office that would issue a wedding license closer to the Bay Area so they decided to make the 11-hour drive to Las Vegas.