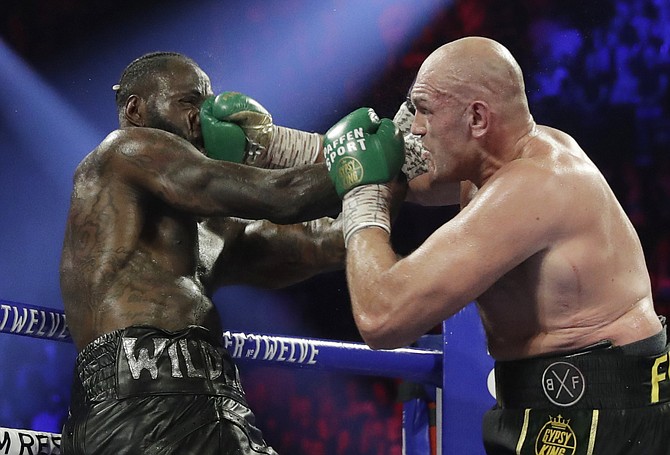 FILE - In this Feb. 22, 2020, file photo, Tyson Fury, of England, lands a right to Deontay Wilder, left, during a WBC heavyweight championship boxing match in Las Vegas. Boxing promoter Bob Arum says he plans to stage a card of five fights on June 9 at the MGM Grand. It&#039;s the first of a series of fights over the next two months at the Las Vegas hotel. A second fight card will be held two nights later. ESPN will televise both cards to kick off twice weekly shows at the hotel in June and July. The fights are pending approval of the Nevada Athletic Commission.