Expansion of gambling in the U.S. wins big at polls 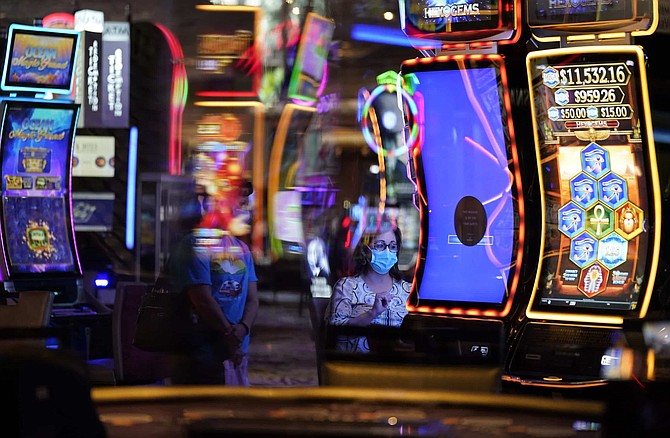 FILE - in this Aug. 27, 2020 file photo, a woman wearing a mask as a precaution against the coronavirus plays an electronic slot machine during the reopening of the Mirage hotel and casino in Las Vegas. Casino gambling remained slow in Nevada last month, according to a key index of casino activity that showed little improvement from the month before. The Nevada Gaming Control Board reported Wednesday, Sept. 30, 2020 that casino house winnings of $743 million statewide were down 22% in August, compared with the same month a year ago.