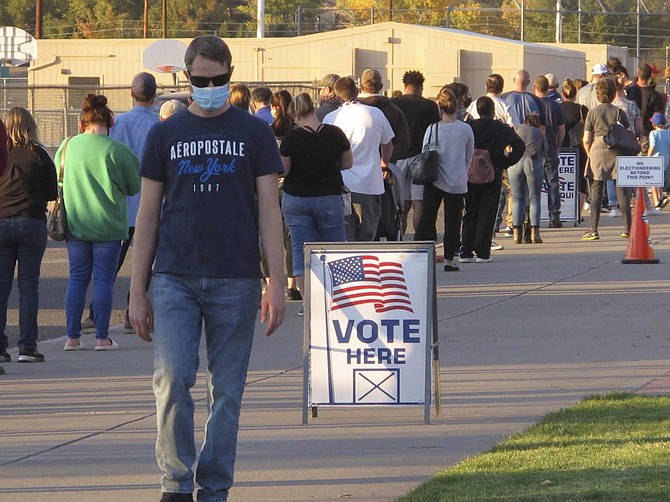 A man leaves the polling place where about 100 mostly masked northern Nevadans were waiting to vote in person at Reed High School in Sparks about two hours before the polls closed Tuesday, Nov. 3, 2020, in the western battleground state. Mail-in ballots also were sent to active registered statewide, including Reno-Sparks, where registration is split almost evenly among the two major parties. (AP Photo/Scott Sonner).