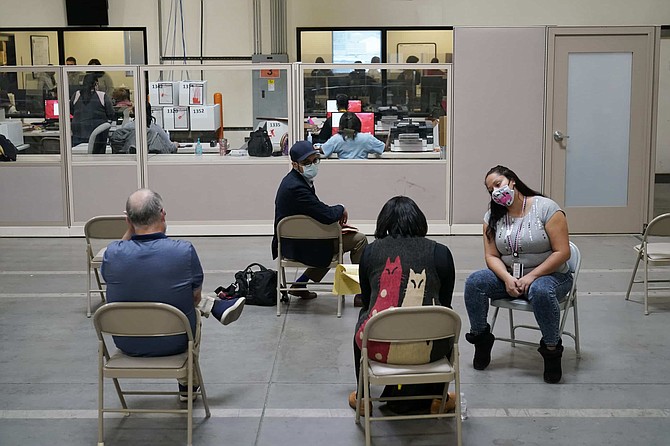 Observers watch as county election workers scan mail-in ballots at a tabulating area at the Clark County Election Department, Thursday, Nov. 5, 2020, in Las Vegas. Election officials in key battleground states pushed back on claims by the Trump campaign that Republican poll watchers were being improperly denied access to observe the counting of ballots, saying Thursday that rules were being followed and they were committed to transparency.