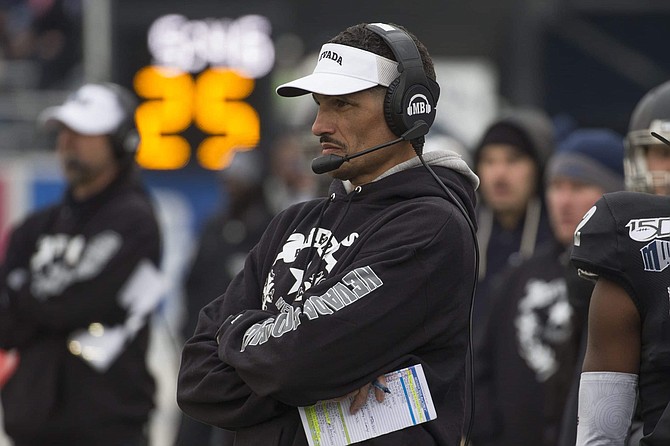 Nevada head coach Jay Norvell on the sidelines against UNLV in the second half of an NCAA college football game in Reno, Nev., Saturday, Nov. 30, 2019.