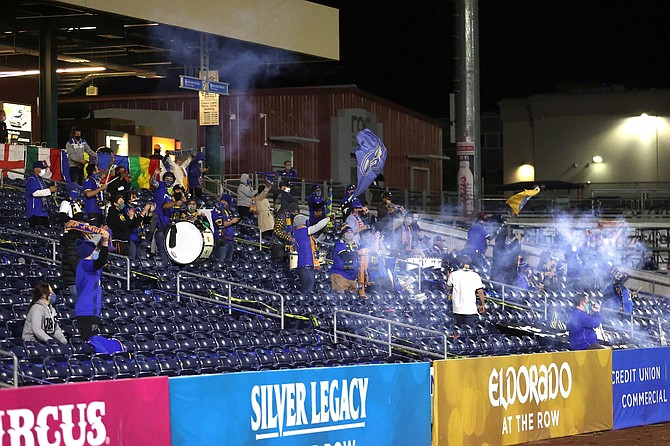 A group of Reno 1868 FC fans celebrate in the first half after an Azules goal. Greater Nevada Field was permitted to have 250 fans for the first time since the beginning of the pandemic after Governor Sisolak loosened the restrictions on public gatherings last week.