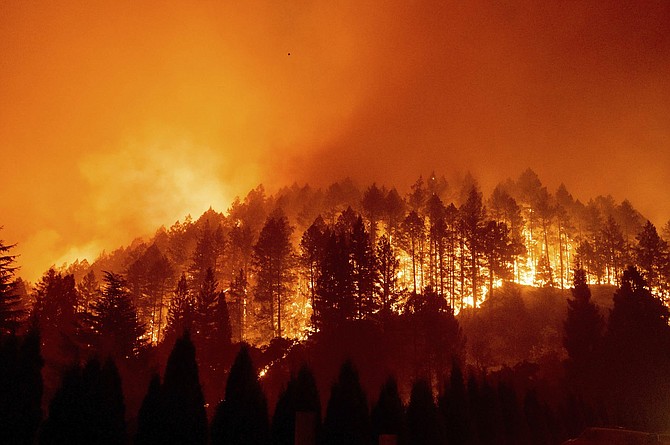 FILE - In this Sept. 27, 2020 file photo the Glass Fire burns a hillside above Silverado Trail in St. Helena, Calif.