Reno 1868 knocked out of playoffs on penalty kicks 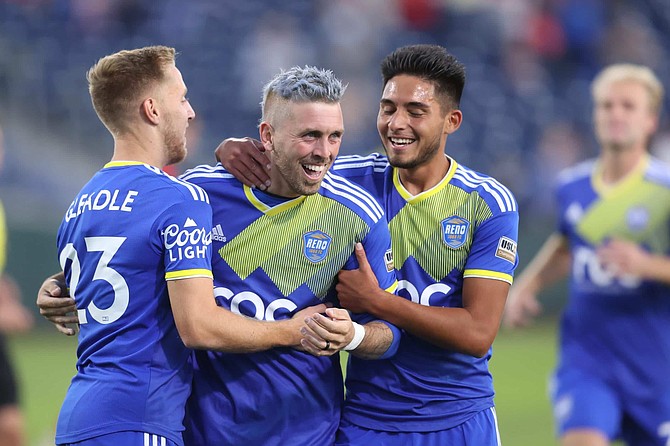 Reno 1868&#039;s Corey Hertzog celebrates with teammates after scoring the opening goal of the Western Conference Semifinals against Phoenix Rising.