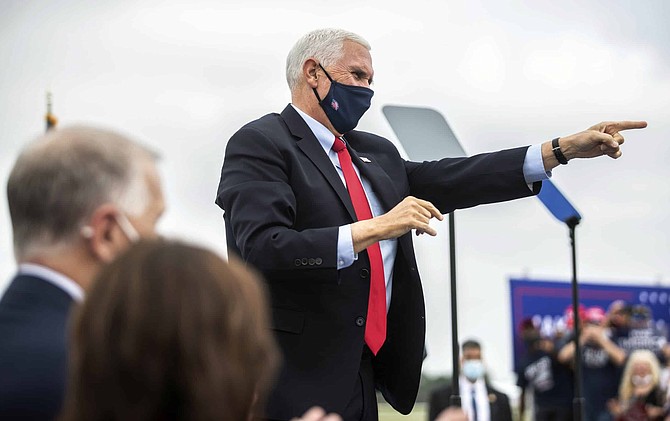 Vice President Mike Pence points to the crowd during a campaign event at the Piedmont Triad International Airport in Greensboro, N.C., Tuesday, Oct. 27, 2020.